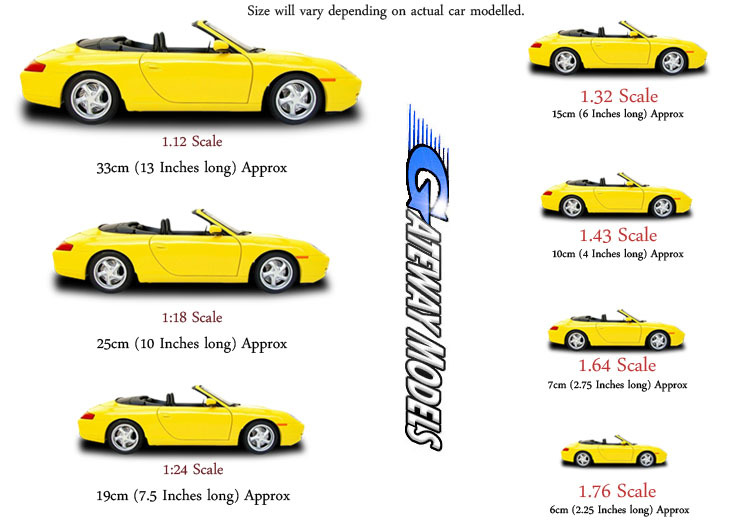 1:12 Scale - While uncommon a number of manufacturers have produced highly detailed model cars in this very large scale.

1:18 Scale - The most common scale for "large" diecast models. Made popular by brands such as Bburago, Maisto, AutoArt and Biante Classics.

1:24 Scale - Previously a very popular scale for larger models which has reduced in popularity of late. Very close to the scale of garden model railways and collector dolls houses.

1:43 Scale - The most popular scale for diecast model cars. Traditionally known as the "Collectors Scale" it allows for a good mix of detail and price.

1:50 Scale - A common scale for earhtmoving and truck models.

1:64 Scale -  Matchbox and Hot Wheels use this scale to describe their vehicles, although the actual scale of the individual models varies from 1:55 to beyond 1:100